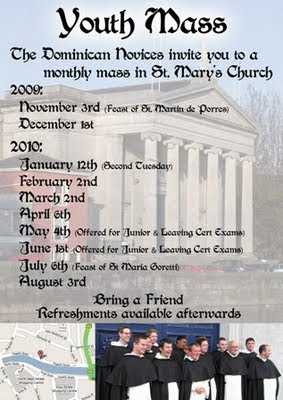 Our brother novices at Saint Mary's Priory, Pope's Quay in Cork are organising a number of Masses for young people in our priory church over the coming months. The dates in 2009 are November 3rd and December 1st. In 2010, the Masses will be celebrated on January 12th, February 2nd, March 2nd, April 6th, May 4th, June 1st, July 6th and August 3rd. For further information you can contact the Dominican novices at +353 21 4502267
Posted by Unknown at 9:31 PM 1 comment:

There is great devotion to Saint Martin de Porres in Ireland and many of our communities hold novenas and other days of prayer in honour of the Peruvian Dominican brother around this time of the year (his feastday is November 3rd). His life is an inspiration to many and part of the reason for the devotion to Saint Martin is because of the many human qualities that he used for the benefit of others and in the service of God. He is no ordinary saint and his life story challenges many to think about their attitude to violence, racism, justice, care of the sick and obedience - among other things.
On a personal note, I have great devotion to Martin de Porres. One of the reasons I came in contact with the Dominican Order was through the Saint Martin Magazine which is a monthly publication promoting devotion to the great saint. Twenty two years ago I replied to a vocations advertisement in that magazine - not knowing then that I would be a Dominican friar following in the footsteps of Saint Martin.
I have been priveliged to ask to preach the Saint Martin novena in our church at Saint Saviour's, Dominick Street, Dublin this year and also to preach at the triduum to Saint Martin in our priory church of Saint Eustace, Newbridge College in Co Kildare (November 2nd to 4th).
To see the list of devotional novenas and days of prayer in honour of Saint Martin in our Dominican churches throughout Ireland this year, please visit the Saint Martin Apostolate website here.

Posted by Unknown at 8:11 PM No comments:

Durin the next couple of days I am taking a break from the normal routine to join the Diocesan vocation directors at their annual general meeting in Kilkenny. I am very honoured by their kind invitation to attend and to speak on Practical Methodology for Discernment and Accompaniment during the conference. The diocesan vocation directors will be reflecting on the document In Verbo Tuo - this document arose of the European Continental Congress on Vocations in 1997. The authors of In Verbo Tuo set a two-fold task for vocation directors (1) to stimulate the development of a 'culture of vocation' in the Church and to establish structures that will support people in discerning God's call in their lives and (2) to actively and confidently promote the vocation to priesthood as a particular way of living and serving, to which God continues to call men today.
The diocesan vocation directors of Ireland deserve our prayer and support for the valuable ministry and work that they do on all our behalf. I am looking forward to meeting them.
Posted by Unknown at 11:31 AM No comments:

The annual Dominican pilgrimage to Knock Shrine in County Mayo took place today. In beautiful weather many thousands of people joined with large numbers of pilgrims from the various Dominican centres throughout Ireland. In his homily to a packed basilica, Fr John Harris spoke of the centrality of Christ during the apparation at Knock in 1879 and pleaded with all who visit Knock now to continue to keep Christ at the centre of our lives. Below are some images from the pilgrimage day. 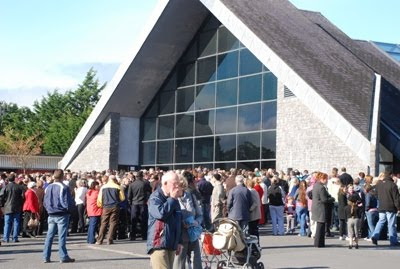 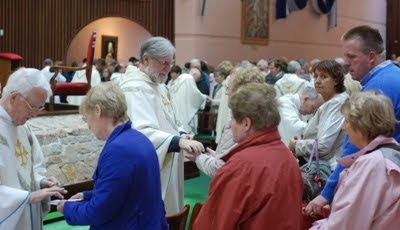 The Anointing of the Sick 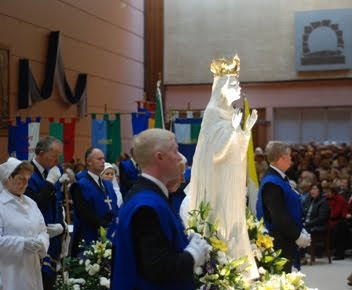 The statue of Our Lady of Knock is processed through the basilica during the recitation of the rosary. 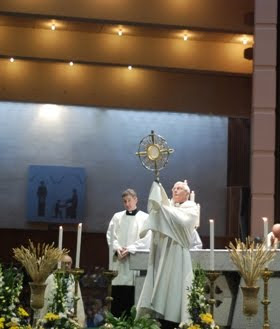 Eucharistic Blessing
Posted by Unknown at 9:49 PM No comments: 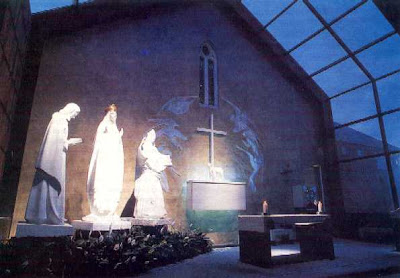 The annual Dominican pilgrimage to Our Lady's shrine at Knock, Co. Mayo takes place next Sunday, October 11th, 2009. Pilgrims from all over Ireland, including many thousands of people who are associated with our churches and priories will attend.
The official ceremonies of the Dominican pilgrimage day begin at 2.30 pm with the Anointing of the Sick, Concelebrated Mass, Eucharistic Blessing and Rosary Procession. The preacher of the homily during the Mass will be Fr. John Harris OP, the Regent of Studies for the Irish Dominican Province.
We look forward to this annual and important event for the Dominican Order in Ireland. For information about the day, please see the Knock shrine website.
Posted by Unknown at 5:07 PM No comments:

A New Saint For The Dominican Order 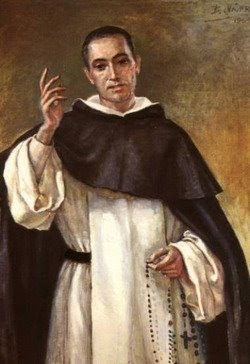 On Sunday next, October 11th, Pope Benedict will raise to sainthood Francesco Coll y Guitart OP (1812-1875), a Spanish Dominican friar who founded the Dominican Sisters of the Annunciation of the Blessed Virgin Mary. Below is a brief biographical extract of fr. Francisco:
Francisco Coll y Guitart, O.P. was born on May 18, 1812 in Gombren (Cataluna) Spain. He joined the Minor Seminary of his home Diocese of Vic in 1822. In 1830, he joined the Dominicans in the Convent of Santo Domingo de Vic. He made religious profession in 1831 and was ordained a priest on May 28, 1836. He died in Vic on April 2, 1875. He was a popular preacher of missions in various dioceses of North Eastern Spain. Those who knew him characterized his life by his fervent zeal for preaching; he prayed long hours, studied, and dedicated a great deal of time to preparing the sermons for his missions. He believed in the efficacy of collaboration in preaching missions. Hence, he collaborated with diocesan priests, Jesuits, Claretians, Augustinians, and fellow Dominicans in preaching missions, and novenas. His missions were popular with Bishops and diocesan priests. He was a friend of Saint Anthony Mary Claret with whom he founded the “apostolic fellowship” for evangelization in 1846.
Another saint of the Order through whose intercession we can pray for an increase of vocations to the various entities of the Dominican family.

Posted by Unknown at 2:57 PM No comments: