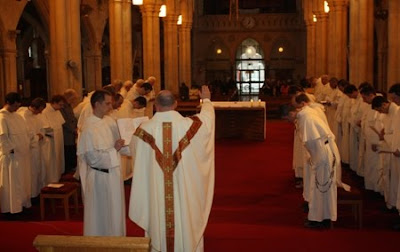 The solemn blessing at the end of Mass (above) 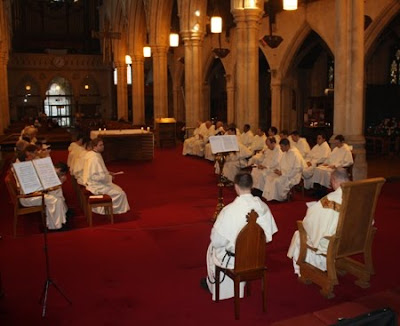 Today, January 28th is the feast of Saint Thomas Aquinas. The brothers of the formation communities (our students and novices) came together to the house of formation of the studentate in Saint Saviour's, Dublin (pictured above) to celebrate the feast. The regent of studies of the Irish Province, fr John Harris, was the main celebrant and homilist of the eucharistic celebration in honour of the great feast. In his homily, fr. John spoke of the role study plays in the religious formation of preachers and teachers in the thought of St. Thomas. If they are to be the salt of the earth and light to the world, it is through study of the sacred sciences that the salt is kept dry and the light kept shining.
The brothers in formation were joined by members the teaching staff of the Dominicans in Ireland (the coetus lectorum) and also by the Provincial, fr Pat Lucey.
A number of other events were planned for the brethren in formation throughout the day to coincide with the feast of Aquinas.
Posted by Unknown at 9:47 PM No comments:

Welcome to The Blogging Brother! 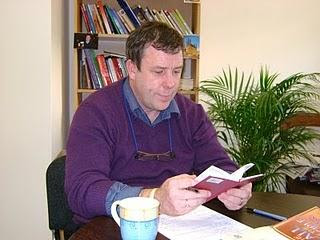 Although the blog is a few months old already, I wanted to welcome to the blogging world Br Ray Dwyer (pictured above) who is the vocations director for the Presentation Brothers in Ireland and the UK and his new vocations blog The Blogging Brother. Ray is recently appointed to this new ministry and has really hit the ground running by also being elected to the executive of Vocations Ireland.
On more than one occasion on this blog I have mentioned that the Presentation Brothers in Ireland have made a significant contribution to the promotion of vocations in Ireland as well as to their own province, and more importantly have showed the way to other congregations and orders as to how it can be done. We owe them a great debt because of this. Please drop by the blog and say hello.
Posted by Unknown at 11:52 PM No comments:

Dominican vocations 'bursting at the seams'! 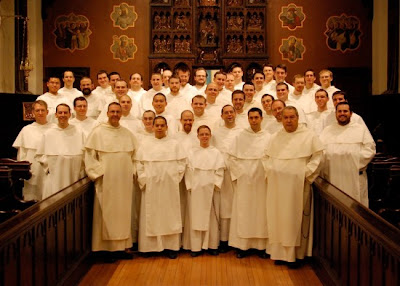 No! Not the Irish province of Dominican friars (although we have the largest number of friars in training for many years) but the Dominican Province of Saint Joseph in the USA. The photo above and the extract in italics below is from the vocations blog of that province. The best wishes of Irish Dominican Vocations goes to them.
In humility and gratitude, we are happy to report that the Province of St. Joseph is continuing to attract vocations. As you can see from the picture above---taken last week when the novices from Cincinnati were visiting with the student brothers in Washington---there are currently 40 young Friars at various stages of religious and priestly formation. The House of Studies and the Novitiate are bursting at the seams! And next year's novitiate class is already shaping up to be the largest in decades!
The above photo reveals not only the blessing of numbers---for which we are thankful---but also the joy and enthusiasm the young Friars easily show for the life they have embraced. Of course, these blessings do not come to the Province without your prayers and generous assistance. Thank you for your prayerful support of all of the brothers in formation, and please continue to pray for vocations to the Province and to the Order.
Posted by Unknown at 11:39 PM No comments:

Young and Not So Young Dominicans 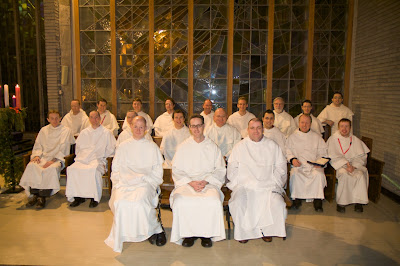 A picture of some of us young (and not so young!) Dominicans who attended the recent Youth 2000 Christmas retreat in the Domincan College at Newbridge, County Kildare recently. Over 500 young people participated in the weekend of prayer and reflection in the days leading up to Christmas. For more on Youth 2000 see their website: www.youth2000.ie

Posted by Unknown at 6:15 PM No comments:

The United States Conference of Catholic Bishops (USCCB) celebrate a 'National Vocations Awareness Week' each year. This year it runs from January 10th to 16th. To coincide with the week, the interim director for the Office of the Clergy, Consecrated Life and Vocations of the USCCB offers 'ten things' that Catholics can do to ptomote vocations to the priesthood and religious life. The first five 'things' are for all Catholics, the remaining five are directed towards those discerning a vocation. They are set out below and give very good advice, even if those of us on this side of the Atlantic might find the tone and content to be 'very American'!
For all Catholics:
1. Pray for an increase in vocations to the priesthood and consecrated life. Jesus says in Matthew 9:38 “to beg the master of the harvest to send laborers into the vineyard.” If we want more priests, sisters and brothers, we all need to ask.
2. Teach young people how to pray. Pope Benedict XVI said that unless we teach our youth how to pray, they will never hear God calling them into a deeper relationship with Him and into the discipleship of the Church.
3. Invite active young adults and teens to consider a vocation to the priesthood or consecrated life. A simple, sincere comment should not be underestimated. An easy way to do this can be remembered by four letters: ICNU. “John, I see in you (ICNU) the qualities that would make a good priest, and I want to encourage you to pray about it.” It is a non-invasive way to encourage openness to a religious vocation.
4. Make it attractive. Show the priesthood for what it truly is – a call to be a spiritual father to the whole family of faith. Similarly, the consecrated life for a young woman is a call to be united to Christ in a unique way, and to be a spiritual mother to those she encounters in her life and service. The challenge for priests and religious is to be joyful models of their vocations.
5. Preach it, brother! Vocations must be talked about regularly if a “vocation culture” is to take root in parishes and homes. This means, first and foremost, the people need to hear about vocations from priests through homilies, prayers of the faithful, and discussions in the classroom. Vocations kept out of sight are out of mind.
For those considering a vocation:
6. Practice the faith. We all need to be reminded that the whole point of our lives is to grow in a deep, intimate and loving relationship with God. This is the first step for any young person desiring to discern any call in life.
7. Enter into the Silence. Silence is key to sanity and wholeness. We can only “hear” the voice of God if we are quiet. Take out the ear buds of your iPhone, iPod, and iTunes and listen to God, the great I AM. Young people should try to spend 15 minutes of quiet prayer each day – this is where you can begin to receive clear direction in your lives.
8. Be a good disciple. Some bishops say, “We do not have a vocation crisis; we have a discipleship crisis.” Young people can become true followers of Jesus Christ by serving those around them. By discovering your call to discipleship, you also discover your particular call within the Church.
9. Ask God. Ask God what He wants for your life and know He only wants what is good for you. If, in fact, you are called to the priesthood or consecrated life, it will be the path to great joy and contentment.
10. In the immortal words of a famous sneaker manufacturer: “Just do it!” If you feel that God is inviting you to “try it out,” apply to the seminary or religious order. Remember, the seminary or convent is a place of discernment. You will not be ordained or asked to profess vows for many years, providing ample opportunity to explore the possibility of a call to priesthood or religious life.
Posted by Unknown at 5:32 PM No comments: 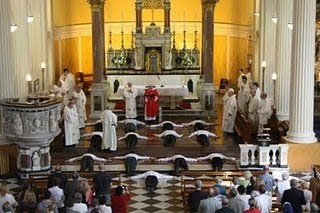 Email ThisBlogThis!Share to TwitterShare to FacebookShare to Pinterest
Labels: 2009 review 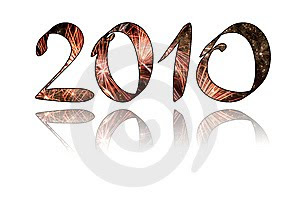 Happy New Year to all readers of Irish Dominican Vocations. Regular blogging will resume on January 6th.
Posted by Unknown at 1:43 PM No comments: